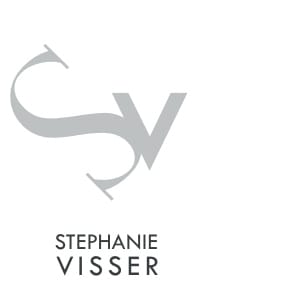 a sound or a series of sounds caused by the reflection of sound waves from a surface back to the listener : a close parallel or repetition of an idea, feeling, style or event.

My work is often born out of the reflections that rebound internally from my life experiences; the monumental and the ordinary, tied to memory that rings over and over again in the mind, the emotions and the body.   These pieces are based on the reflective echoes that are still bubbling up from a trip I made to Europe, in particular the Netherlands and Croatia in September 2019.  I had been wondering for some time just how much my work would be influenced by standing on the native ground of my father and grandfather.  My father was the first of my family born here in the United States, and I went to visit my cousins in the Netherlands and to literally reconnect with my DNA.  Standing there on that ancient ground, echoes bubbled up through the earth and into my soul and psyche.  Feelings and memories pour out onto the canvas over and over again like an echo of feeling that is subtle, quiet, and reverberating, fading only slightly with the passage of time. They are like ripples on water, a build up that swept through my life and moved aside all imagined walls of resistance with a sonorous chord.  Like that famous  sustained chord from the Beatles Sargent Pepper Album in the “Day in the Life” final piece. Nerve endings were regenerated in me that pass along intricate and internal memories nudged by a quality of light, a smell, a color, or an emotion from a peculiar beauty in some object or vista.  Mind photographs that reflect sunlight and shadows: stillness and movement; sound and quiet.

The pieces themselves are echoes of my genetic and experiential emotional memory.  Done on canvas using multiple media from acrylic, to oil pastel, to charcoal, they are executed layer upon layer through translucent color washes, scumbled color upon color, and scratched or drawn lines and markings that come from releasing the power of memory.  Collage and bits and pieces of cast off materials often enrich the surface revealing a lyrical, magical and often mysterious beautiful world.